(HOST THE METRO JETS THEN TRAVEL TO FRASER ON SATURDAY)

Toledo OH:         The Toledo Cherokee proud members of the USPHL Premier division of the Great Lakes Conference return action this Friday night when they play host to the Metro Jets at the Team Toledo Ice House. Face off is set for 7:00PM.

Toledo is coming off a weekend split with the Pittsburgh Vengeance and the Jets completed a two game sweep over the Lake Erie Bighorns last weekend.

“Our guys played hard Friday night and deserved to win, on Saturday we took to many penalties and it finally came back to bite us and Pittsburgh took advantage of their chances and was able to beat us.” Said head coach Kenny Miller

“It’s another tough weekend for us as the Jets come to town, we have to be a more disciplined team in order to have success, we will work this week in practice to make sure we are prepared to play a tough Metro team on Friday.” Added Miller

The Cherokee will travel to Fraser on Saturday when they take on the Metro Hockey Club to wrap up their two game weekend.  The puck will drop at 4:30PM. MHC currently has a record of 4-7-0 for 8 points in the Great Lakes Division.

Toledo OH:         The Toledo Cherokee proud members of the USPHL Premier division of the Great Lakes Conference return to action this Friday and Saturday night at 7:00PM when they host the Pittsburgh Vengeance in a two game set at the Team Toledo Ice House.

The Cherokee are coming off a weekend sweep where they defeated the Metro Jets on Friday at the Ice House by a score of 3-2 in over-time. Toledo then traveled to Wooster on Sunday and skated away with an 8-4 victory over the Oilers.

“Our guys played really well on Friday night, we had a ton of energy and was able to get a much needed win over the Jets. They have had their way with us for several years so to be able to finally get a win against them it was big for our group.” Said head coach Kenny Miller “I didn’t think we had the same energy Sunday in Wooster but we were able to pull away from them in the second period and come away with a road victory.”

The Vengeance picked up a two game sweep over the Buffalo Thunder this past weekend at home.

Toledo (12-0-0) currently sits atop the Great Lakes Division, while Pittsburgh is in 2nd place in the division with a 10-0-0 record.

“This is going to be a tough weekend for our guys, we are going to have to bring the same energy we did last Friday to the games this weekend if we plan on having any success against a really good Pittsburgh team.” Added Miller

(HOST THE METRO JETS THEN TRAVEL TO WOOSTER SUNDAY)

Toledo OH:         The Toledo Cherokee proud members of the USPHL Premier division of the Great Lakes Conference return action this Friday night when they play host to the Metro Jets at the Team Toledo Ice House. Face off is set for 7:00PM.

“This is a big weekend for our team; we will get to see where we stack up against the organization that has been at the top of our division for several years. We will have to play at our best in order to be successful.” Said head coach Kenny Miller

The Cherokee will travel to Wooster on Sunday to wrap up their two game weekend.  The puck will drop at 3:30PM at Alice Noble Ice Arena.

For more information on the Cherokee please visit our website at www.cherokeehockey.com

CHEROKEE SET TO PLAY HOME AND HOME WITH WOOSTER

Toledo OH:         The Toledo Cherokee will play a home and home series with the Wooster Oilers this weekend in USPHL Great Lakes division play.

The Cherokee will travel to Wooster on Friday to open the series. Face-off is set for 7:45PM at the Alice Noble Ice Arena.

The two teams will return to the Team Toledo Ice House on Saturday to wrap up the weekend series. The puck will drop at 8:00PM.

Toledo is coming off a two game sweep of the Lake Erie Bighorns last weekend. The Tribe skated to a 4-2 win on Friday and the wrapped up the sweep on Saturday with a 6-2 win.

“We had a good weekend now it’s time to turn our attention to the next set of games, we know as a group we need to continue to get better every day in order to keep having success in the division.” Said head coach Kenny Miller

The Oilers played one game last weekend and lost to the Metro Jets by a score of 3-2.

“We had a chance to watch Wooster at the Detroit showcase and they are a group that plays hard, we are going to have to be ready to play this weekend.” Added Miller

Toledo OH:          The Toledo Cherokee proud members of the USPHL Great Lakes Division announced today that the 2020-2021 training camp will open on Monday September 14th at 5:00PM at the Team Toledo Ice House.

“Our coaching staff is excited to get started, we have worked hard this summer to recruit players that we feel fit the culture we are trying to have here in Toledo, our scouting staff has done a great job of identifying new talent to go with our returning guys from last season.” Said head coach Kenny Miller

The USPHL will be releasing the entire Toledo Cherokee schedule in the coming days.

For more information please visit our website at www.cherokeehockey.com

The Toledo Cherokee are looking for billet families for the upcoming season 2020-2021. A Billet Family opens their home to selected players in order to give them a safe and stable environment while they are away from their own homes.  Our players are between ages 16 and 20.  For many of them this is the first time away from home, making it essential that they are comfortable with who they are staying with.  We would like to have many options when placing our players with a family.  Most players have transportation of their own and if they do not we place them with another player who does.  The players must be going to school or working.

The players will arrive in early September and stay until the middle of March.

Billet families receive a stipend each month of $325.00 from each player they are housing to help offset the additional food and utility expenses of the household.

If you would be interested in additional information in becoming a Billet Family, please email General Manager/Head Coach Kenny Miller at kmiller@macombgroup.com or Vice President/Director of Finance Carey Manders at cmanders2@bex.net.

Toledo OH:          The Toledo Cherokee members of the USPHL Premier (Great Lakes Conference) are proud to announce that the following players were selected yesterday in the NCDC 2020 entry draft.

The Jersey Hitmen selected Bailey Byrd (Wyandotte MI) and David Crandall (Sylvania OH). Byrd led the Cherokee in scoring last season when he dressed in all forty-four games scoring twenty-five goals and assisting on twenty-six for fifty-one points. Crandall suited up in nine regular season games and had a goal and five assists for six points.

The Connecticut Jr. Rangers selected Zeth Stelmaszak (Temperance MI). Stelmaszak also dressed in every regular season game for the Tribe scoring fifteen goals and added twenty-five assists for forty points as a rookie. The speedy forward earned a call up to the Rangers during the season last year and impressed the coaching staff enough to be selected in the entry draft.

“The coaching staff is extremely proud of these three guys, it is a testament to the organization that we are doing things the right way to get our players to the next level. Our staff feels with our college commitments and these guys going in the NCDC draft that players will want to come to Toledo and develop not only as players but as young men as well.” Said head coach Kenny Miller

The National Collegiate Development Conference of 2020-21 will feature 13 teams coming from some of the most highly-acclaimed hockey organizations on the East Coast.

The NCDC produced more than 130 NCAA commitments during the 2019-20 season. Out of a 50-game schedule, nearly one-quarter of each NCDC team’s games are played at scout-friendly multi-team showcases within the compact NCDC footprint. Three NCAA Division I and seven NCAA Division II/III conferences share the NCDC’s geographic area, making it even easier for college coaches and scouts to watch and meet players in person.

Full-time, professional coaching staffs in conjunction with first-class facilities and player amenities present a college and pro hockey atmosphere within each of the 13 organizations. Learn more at USPHL.com/NCDC

Spend your Halloween with the Cherokee as they take on Pittsburgh tonight at 7PM. #TrickOrTreat #RollTribe… https://t.co/SzftTGhP3e

RT @USPHL: Can't stop the Cherokee --@Toledo_Cherokee comes out on top in a battle of undefeateds in the @USPHL Great Lakes Division with…

RT @USPHL: #USPHLPremier Final: @Toledo_Cherokee move to 13-0 with their 5-2 win over the previously undefeated @PittVengeance tonight!

Toledo (12-0-0) currently sits atop the Great Lakes Division, while the @PittVengeance is in 2nd place in the divis… https://t.co/iZUuQiSsBe

RT @USPHL: Congratulations to the winners from our three #USPHLPremier Midwest Region divisions, as they get ready for another big weekend…

RT @hockey_ohio: No OHD podcast this week so we are looking back at some earlier guests. Here is @Toledo_Cherokee head coach/GM Kenny Mille…

RT @USPHL: Those @Toledo_Cherokee, they sure know how to win some hockey games. Congrats to @KennyMiller1975 and his Cherokee on a great st… 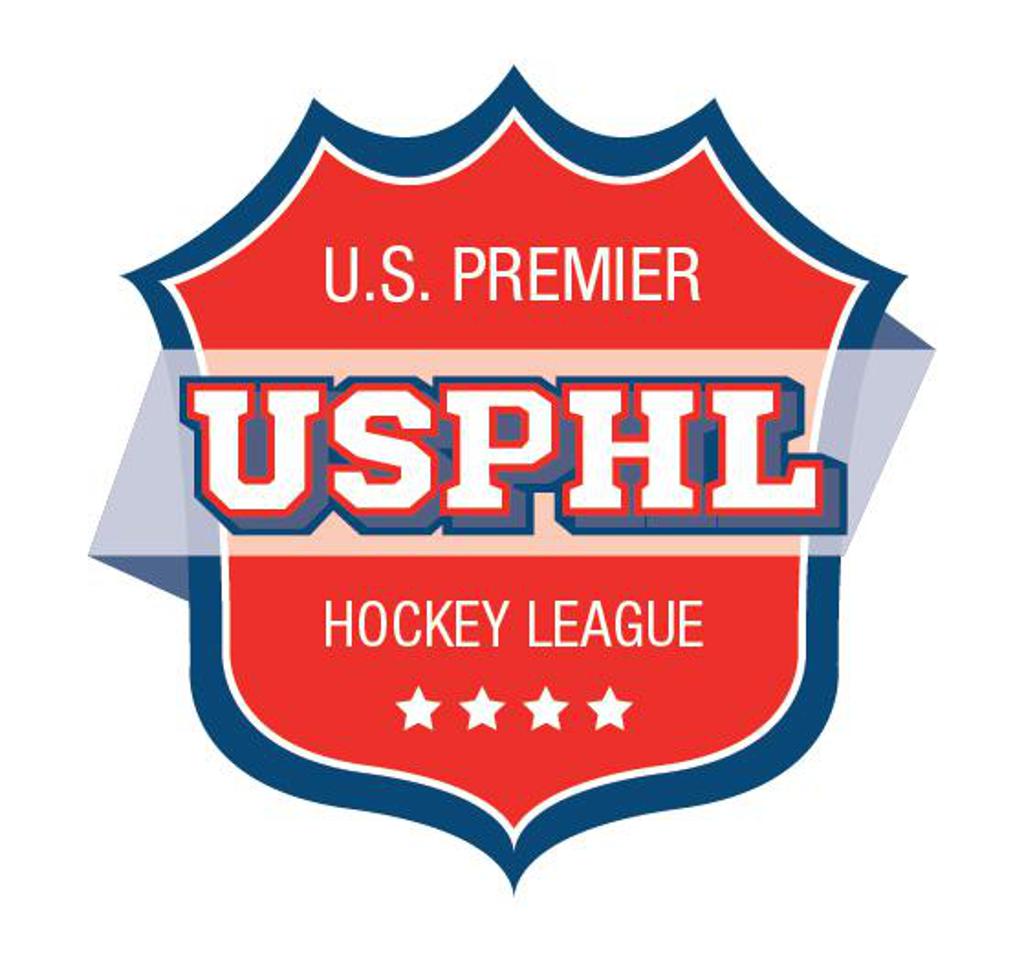 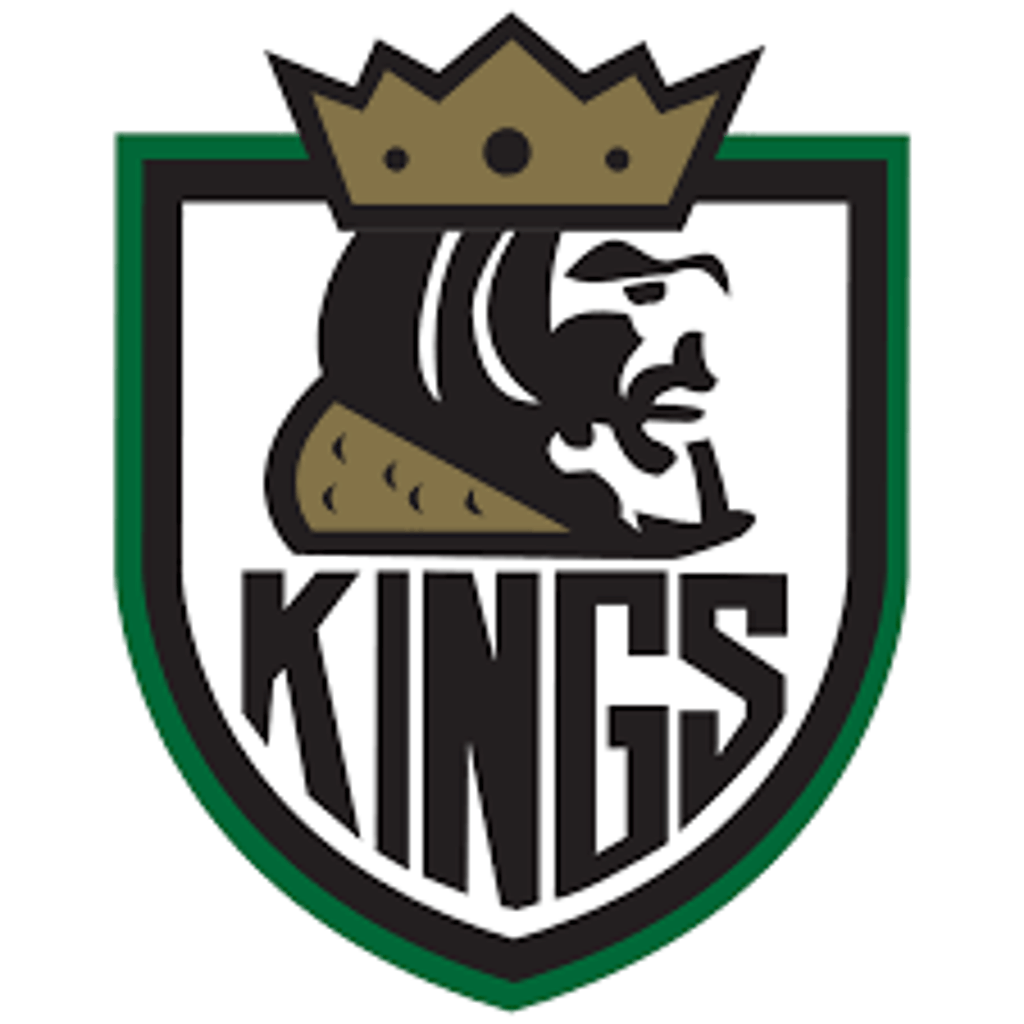 NCDC Affiliate of the Toledo Cherokee